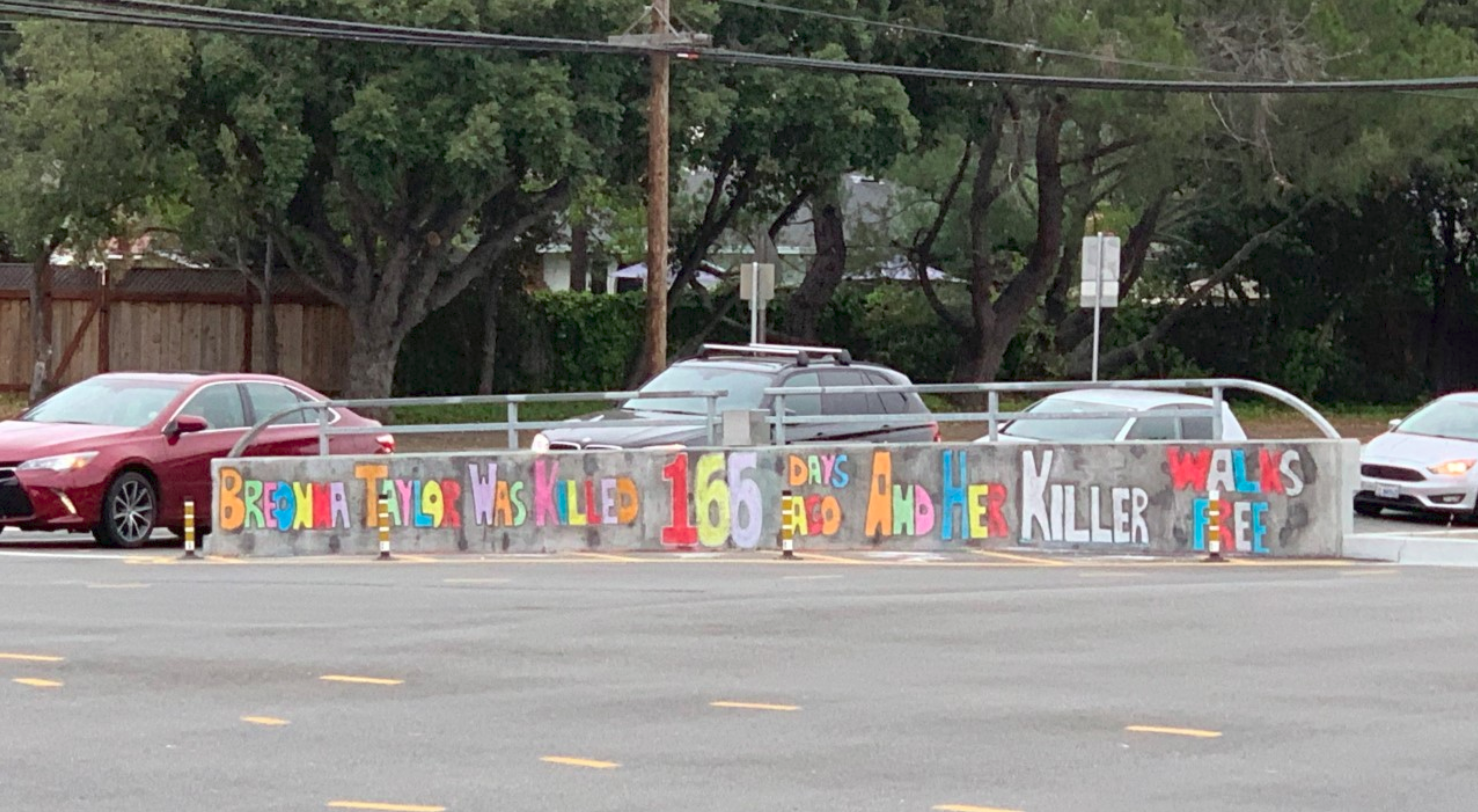 On Thursday October 1, Lorenzo Jones, who previously helped the City with the #8cantwait task force meetings, facilitated a community conversation with 12 members of the community. City employees Cristine Alilovich, Talia Smith, and Iman Kayani also participated in the meeting. The purpose of the discussion was to hear feedback from those who have expressed interest in working with the City on an officially sanctioned public art project that expresses similar sentiments as the Breonna Taylor chalk mural at the Freitas/Las Gallinas bridge. Members of the community voiced their concerns around public safety at the intersection. Additionally, several participants in the discussion brought up that they would like to revisit the current process for installing public art in San Rafael, with the intention of streamlining the current process.

The group expressed enthusiasm about continuing to work together on developing a concept for a public art project and is planning to meet again next week.  The primary theme of the feedback was that they wanted to see more than just a public art project, but they also want to further social equity and racial justice through that artwork in the hopes of sparking important community conversations. For updates on the project visit www.cityofsanrafael.org/public-expression.