Coleman Childcare Center had issues with a sinking subfloor at the entrance. Due to deferred costs for larger projects, the flooring became costlier. As our team was removing the flooring, they found pests under the modular and pest control services were needed to remedy the issues. All damaged subfloor area was removed, and additional framing support added for new subfloor going in, linoleum was patched in. Pest control work was performed while repair area was still open and accessible. Aside from the pest control portion of this project, materials where acquired from items we had in stock. 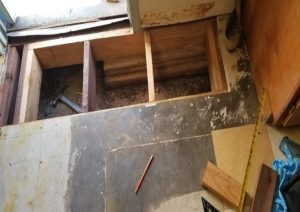 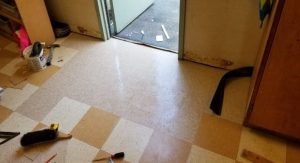