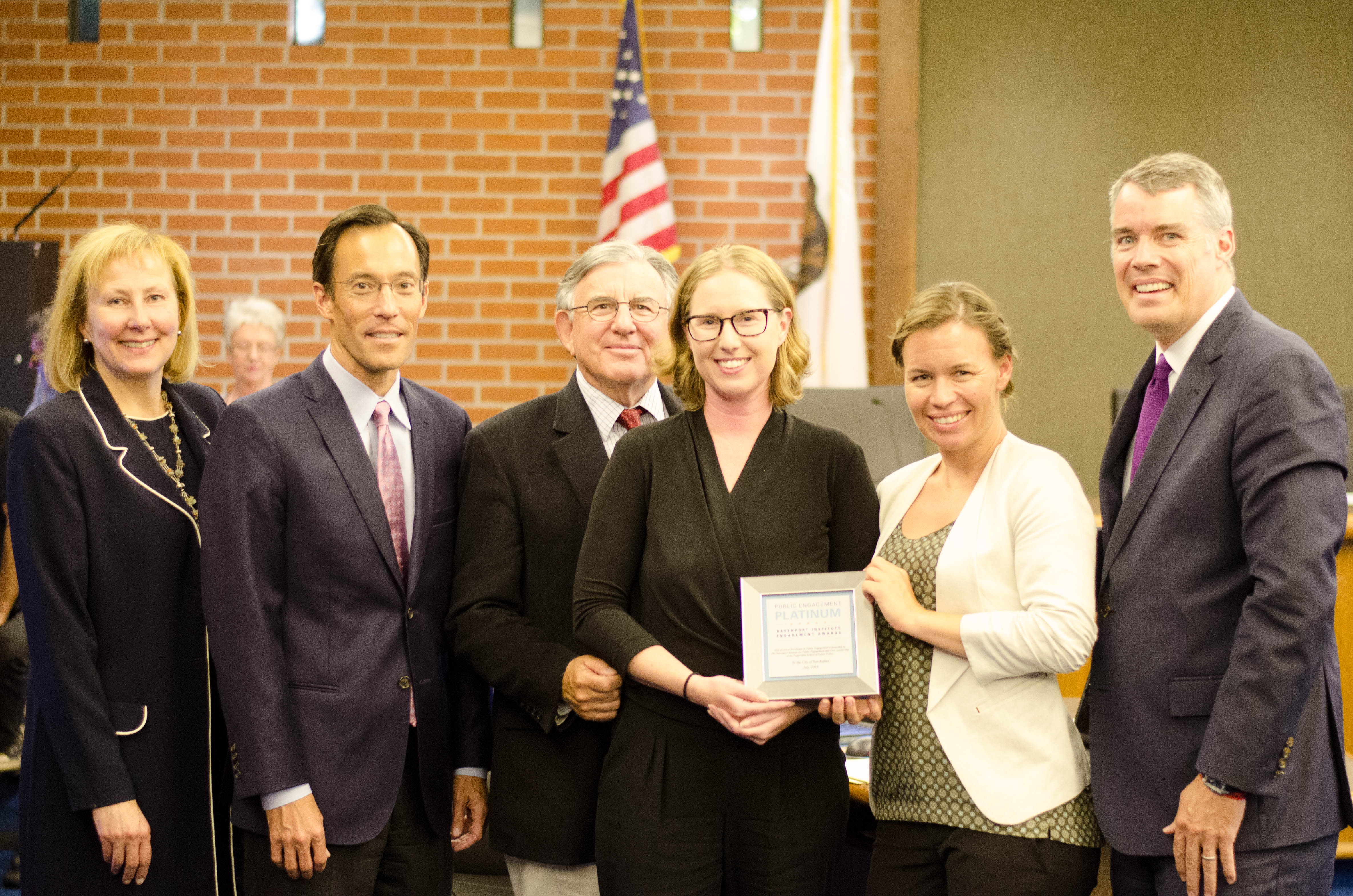 On Monday, July 18, 2016 the Davenport Institute awarded the City of San Rafael with a Platinum award for public engagement. “This award is a testament to the great work of our dedicated staff and to a City Council committed to working with the community to make San Rafael an even better place,” said Mayor Gary Phillips, “This is an area where we must constantly improve, iterate, learn, and listen. The job is never done.”