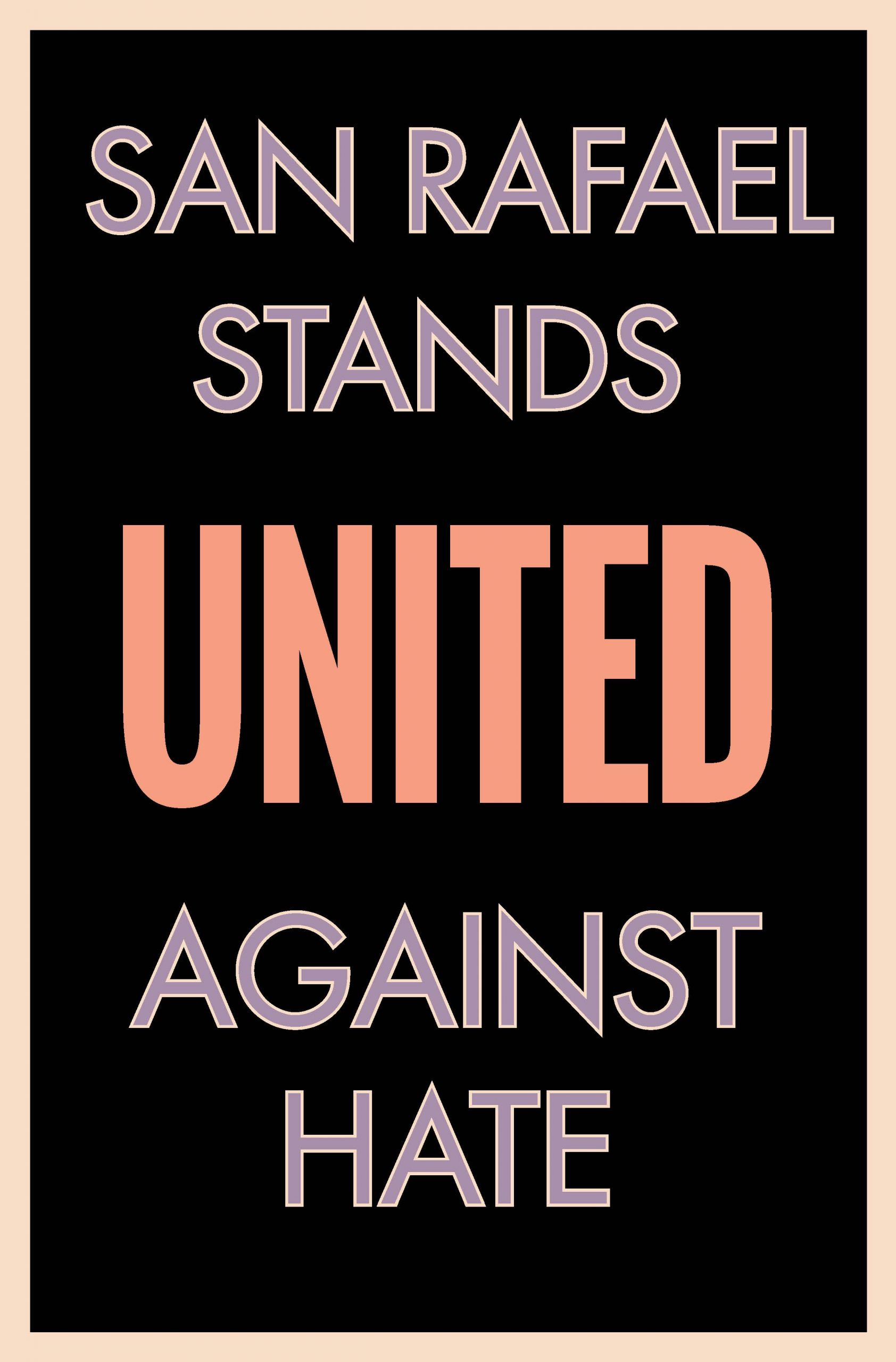 The City of San Rafael City Council has unanimously approved a resolution declaring the week of November 14 – 21 as United Against Hate week.

United Against Hate is a statewide campaign undertaken by local municipalities to raise awareness of and declare unequivocal opposition to hateful and discriminatory actions and rhetoric in our communities. The City of San Rafael stands with fellow California cities in denouncing rising trends of bias and bullying that have plagued our communities in recent years.

This commemorative week will include citywide efforts to raise awareness of implicit biases and discrimination in our community, including placing street banners across downtown City light posts and posters for local businesses to publicize United Against Hate week to all commuters, shoppers, residents, and community members. The City will also host a virtual community library book event to engage community members on the goals and values of United Against Hate week.