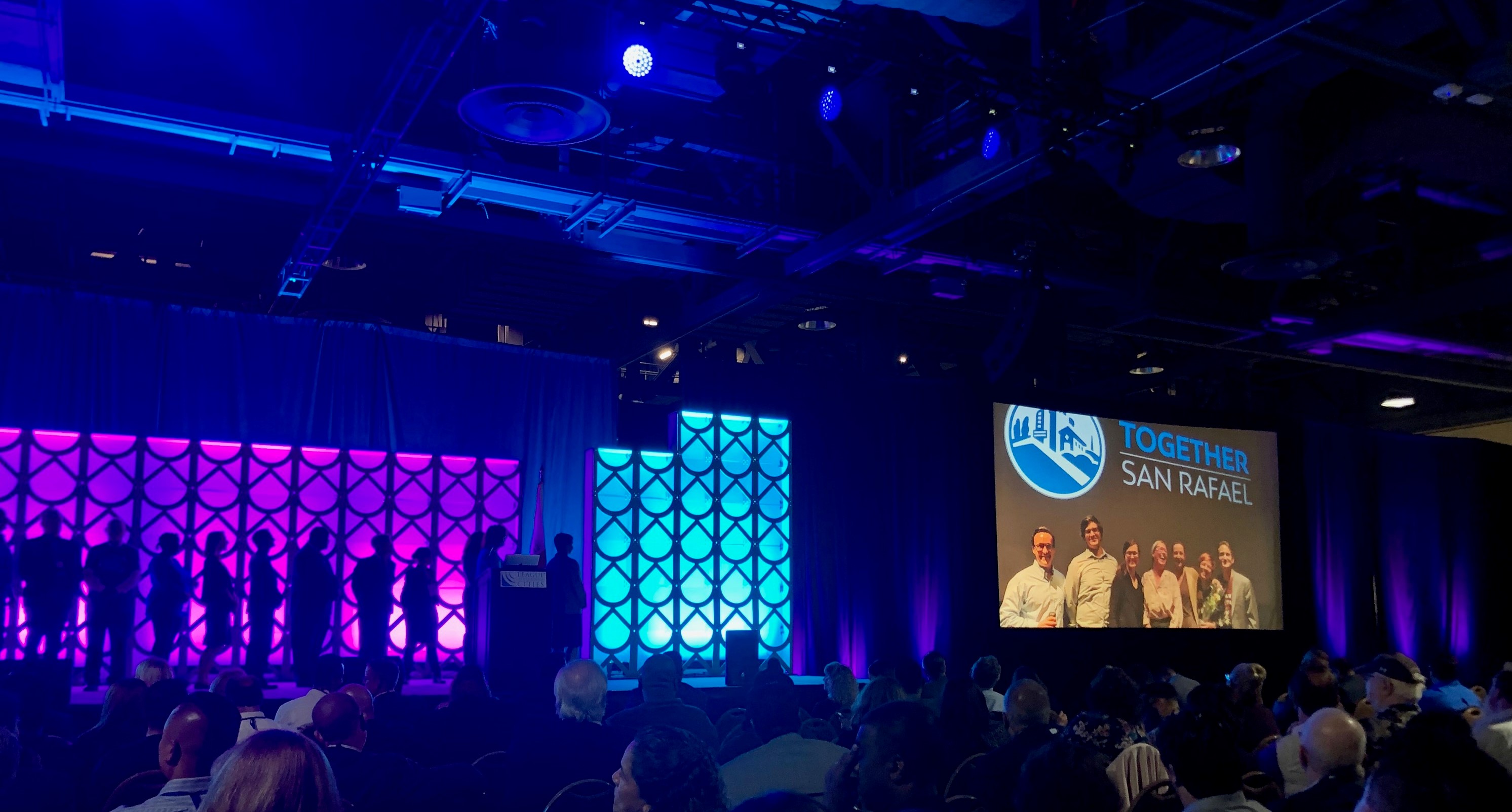 Together San Rafael is a cultural shift in the way City staff work, both internally and with the community. It relies on the principles of human centered design and prioritizes putting people and community needs at the center of how services are designed. Together San Rafael focuses on bridging the gap between the community and employee experience, recognizing that City staff and the public often share the same pain points. It works to develop a government work force that relies on guiding principles and continuous learning to improve local government. Together San Rafael operates under the belief that when government designs processes and programs for people there is real impact on outcomes and the public experience of government services.

Together San Rafael challenges and empowers City employees to innovate service delivery with the goal of transforming government from the inside out. We are very proud to win this prestigious award and it is a testament to all the hard work we are doing to innovate our local government. City Manager Jim Schutz says, “This would not be possible without the Mayor and Council, who create an environment where it is not only safe but expected for staff to think and work outside of the box, take risks, innovate, and find better ways to deliver our services.”