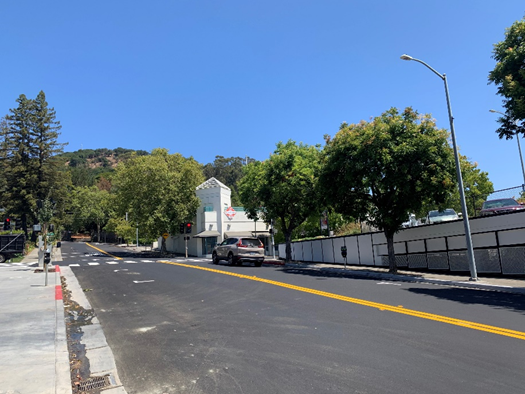 It took a village, but with the help of City Maintenance Crews, Parking Services, Emergency Services, DC Electric, and the Striping Contractor, C and D Streets were opened to two-way traffic on Wednesday August 5. The main purpose was to better facilitate Emergency Access to and from the new Public Safety Center, but all visitors to Downtown San Rafael will benefit from this circulation change. This project included: adding 12-inch traffic signal heads for the new direction of traffic on C and D Streets, relocating and rotating parking meter poles and heads, eliminating and adding on-street parking, resurfacing C and D Streets, grinding existing striping, installing new striping, and removing and adding a whole bunch of signs on seven blocks. The prep work was done over several weeks leading up to the conversion, which really helped minimize the number of things the crews needed to do on the day of the conversion. Planning ahead pays off!

As with most projects, there were some changes that needed to happen on the fly, and our maintenance crews were quick to respond and grind, stripe, and get additional signs posted as needed. With all hands-on deck, we were able to open C and D Streets to two-way traffic just in time for lunch on Wednesday. 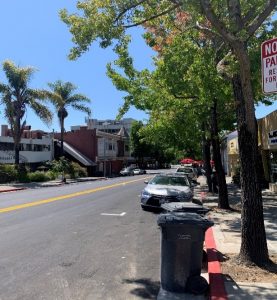