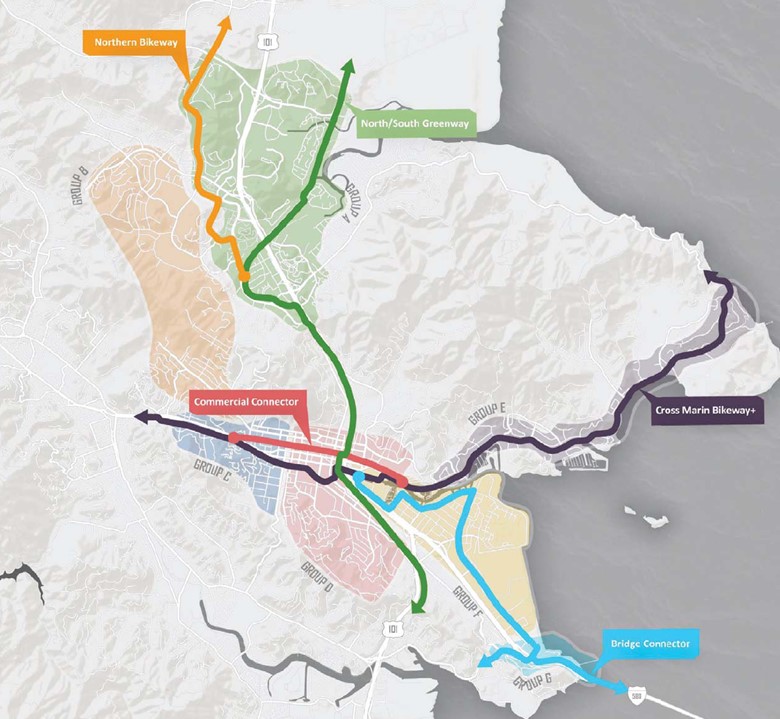 On Monday evening, Lauren Davini, Traffic Engineer, brought the San Rafael Bicycle and Pedestrian Master Plan 2018 Update to City Council, where they approved the Plan and the Negative Declaration unanimously. Updating a Bicycle and Pedestrian Master Plan is no easy task; it was a year and a half of gathering and mapping existing conditions, holding meetings for public input, referencing other approved plans for consistency, communicating with many different stakeholders, and addressing Staff, Council, and public comment to develop a Plan that would satisfy everyone. Getting this Plan adopted was critical, as it will be used when the City applies for grant funding. The first grant that Public Works is pursuing is the Active Transportation Program (ATP) for the second phase of the MUP from 2nd Street to Rice Drive. Other featured projects in the plan include completing the North-South Greenway, the North-South Bikeway, an East-West Connection through Downtown San Rafael, and Safe Routes to Schools connections. Public Works will use this document when completing street resurfacing projects and choosing future Capital Improvement Program (CIP) projects during the next CIP update.