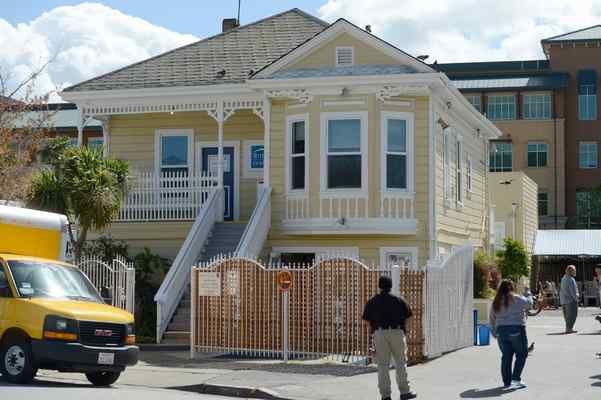 Purpose of the 3/21/16 City Council Meeting – On March 21st, 2016, the City Council reviewed the Ritter Center’s 6-month performance report.  This was the fifth such report created by City staff working with in conjunction with Ritter Center staff (you can read the report and watch the meeting here).  The performance report covers the Ritter Center’s compliance with its use permit, which regulates client caseload, litter control and security/safety issues.

City Council Direction to Staff – At the end of the meeting, the City Council accepted the staff report.  The City Council also directed staff to research the following options and come back to the Council as early as May 2016 with recommendations (to be crystal clear, no action has yet been taken to modify the Ritter Center’s current operations):

Formation of Subcommittees – The City Council has also created two sub-committees.  One subcommittee, composed of Vice Mayor Colin and Councilmember Bushey, will be looking at modifications to Ritter’s current operations, and the other sub-committee, composed of Mayor Phillips and Councilmember Gamblin, will be looking at relocation options.  I will be working closely with both sub-committees, and I believe we will be coming back with some practical yet innovative modifications to the status quo.

The goal of the staff recommendations and the subcommittees is to reimagine the status quo.  As many, many people shared both at the City Council meeting itself, as well as through the public comments leading up to and coming in after the meeting, there is excitement that something is being done.  It is the City’s position that the status quo is not working – not for residents, not for merchants, not for unhoused community members, and not for the Ritter Center as an organization.

As it was my first City Council meeting as an employee with the City, I have to say that I was very encouraged by the level of engagement I witnessed.  I also read every single email and public comment that came in, and I really appreciate everyone who took the time and energy to share their thoughts.  A few themes emerged, and I wanted to share a couple observations with you.

As always, thank you so much for taking the time to read this update.  If anything in here has resonated with you, please share this message with friends, family members, neighbors, and colleagues.