The Homeless Point-in-Time Count (PIT) is one of the most important opportunities we have to determine whether or not we’re making progress to end homelessness. The PIT only happens once every two years. The next one is coming up on Monday, January 28th. No experience is required. We need your help!

What Is the Point-in-Time Count?

The Department of Housing and Urban Development (HUD) is the primary federal agency responsible for administering resources to local communities to address homelessness.  Originally individual organizations could apply to HUD for funding, but in 1995 HUD created the “Continuum of Care (CoC)” model.  Under this framework, HUD began requiring that communities submit a single application for funding in order to streamline the application process and to encourage greater strategic coordination among local providers.

There are 461 CoCs covering all 50 states (plus DC, Puerto Rico, and Guam).  Marin County’s CoC is called the Homeless Policy Steering Committee, and for fiscal year 2017-2018, our community received approximately $4.3 million dollars in HUD funding.

In order to receive federal funding, every two years HUD requires communities to conduct a Point-in-Time Count of people currently experiencing homelessness. The count tallies people sleeping on the street, in vehicles, in encampments, etc., as well as people in emergency shelters and transitional housing programs.  The count is done in January because it is thought that shelter utilization rates are the highest during the winter, thus making it easier to find people. HUD also requires follow up surveying to gather demographic information.

In 2017 the Point-in-Time Count identified 318 people who were experiencing homelessness in San Rafael. With a county-wide total of 1117, it might surprise you to learn that 71.6% of Marin’s homelessness community resides OUTSIDE of San Rafael. And despite a common myth suggesting otherwise, 72% of the people who were counted were living in Marin County before they became homeless. You can check out the full results here. 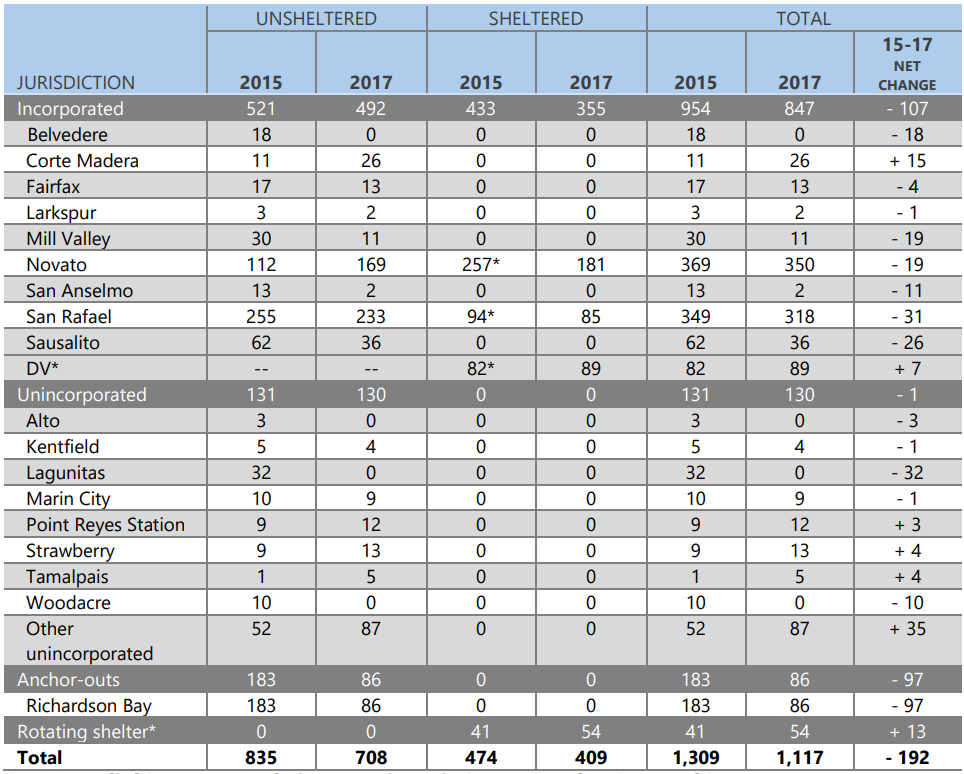 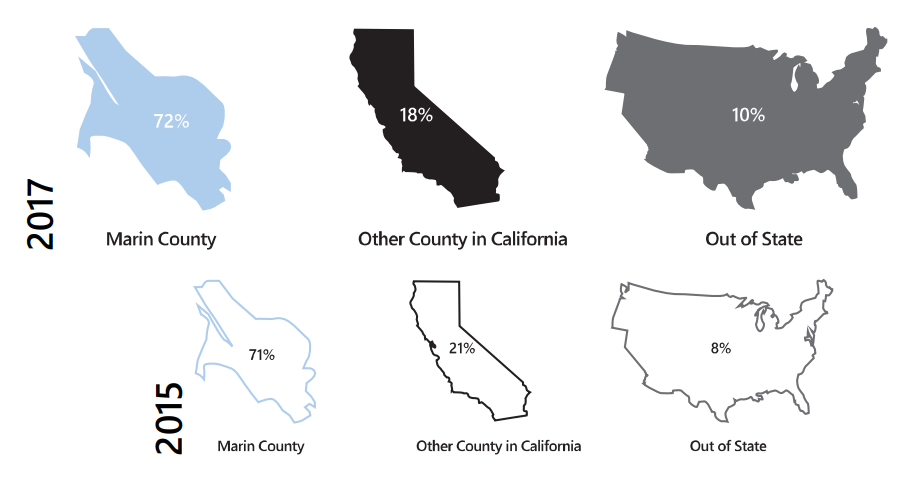 While the Point-in-Time Count is incredibly thorough, it does have limitations:

Despite these imperfections, by applying a rigorous and consistent method every other year, the Point-in-Time Count is a critical tool for assessing whether or not communities are actually making progress.

The Point-in-Time Count in Marin

In 2015 the County of Marin started contracting with Applied Survey Research (ASR), a data research firm that administers the PIT in almost every county in the Bay Area. ASR borrows its methodology from the US census. They divide a community into census tracts, and on the morning of the count, community volunteers and homeless guides head out, covering every nook and cranny of their assigned area.  Instead of doing surveys that morning, teams are simply tasked with getting a tally of the number of people they see. Because teams are all out at the exact same time in their respective tracts, this method helps minimize duplication. Comprehensive surveys are then administered over the following two weeks. 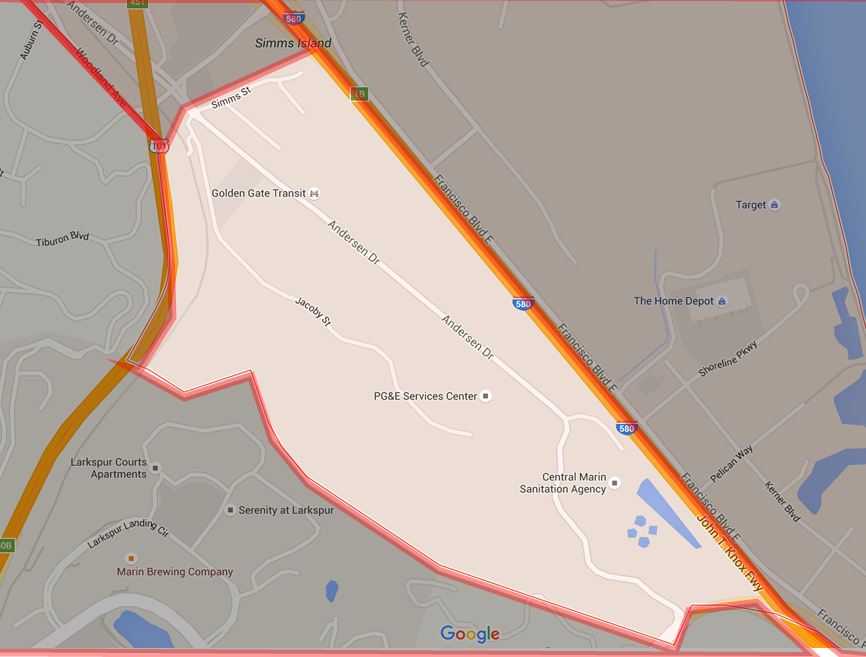 It Can Be Life-Changing

I moved to California eight and a half years ago to pursue an opportunity with AmeriCorps VISTA.  It had been a volunteer opportunity with a homeless program in Virginia that inspired the move.  As profound as that initial experience in Virginia was, it was my second day as a VISTA that confirmed my passion for this work.  On a foggy Tuesday morning, I headed out for early morning outreach in downtown San Jose.  Truthfully, I was nervous and felt a little intimidated as we approached our first encampment along the Guadalupe Creek Trail.  We often talk about homelessness in abstract and intellectual ways, but that morning, standing in front of eight people huddled together under an overpass in tattered sleeping bags, it drove home just how horrible of an experience homelessness really is. The Point-in-Time Count is one of the most powerful ways to see the vulnerability so many people experience on a day-to-day basis.