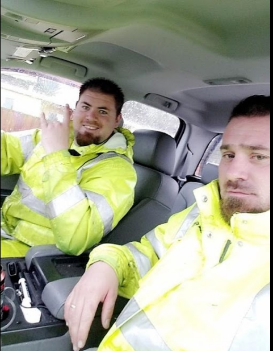 Sunday’s storm preparation commenced around 6:00 AM with Kenny Gatlin and Tylor Nord, two of our Streets Maintenance crew members inspecting the City’s 12 pump stations. As the rains and storm related dispatch calls increased, our two-man crew turned to three when John Shindelus joined Gatlin and Nord to remedy an obstructed v-ditch and flooding behind a home on Denning Way in Terra Linda. Before splitting up into the various zones throughout the City to continue checking hotspots and responding to residents’ calls, the trio tackled another flooding situation at Devon Drive and Malone Lane.

Due to the continued heavy rains and the high frequency of storm related calls, additional crew members were called in to assist with overflowing headwalls, fallen trees, and clogged storm drains. Following 12 long hours, the rain subsided, and standby crew members were brought in, so the initial crew could head home. A big “thank you” to Mark Wright and his crews for stepping up and keeping our City safe during these storms! 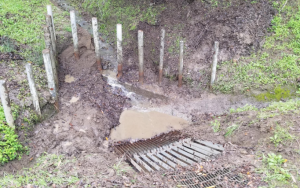